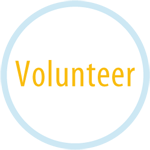 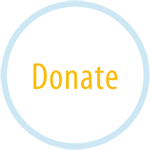 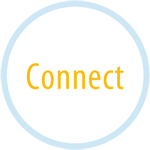 Join our Circle of Friends

Receive updates about our research and events

Connect with us on social media

Every cell in the body contains the same DNA, which is divided into genes, each of which carries instructions to make specific proteins: molecules that largely build, maintain and operate the body. The selection of genes expressed (active) in a cell dictate which particular proteins are made. This gives the cell its special characteristics and functions. For example, skin-specific genes are not expressed in muscle cells, and vice-versa.

Facioscapulohumeral muscular dystrophy (FSHD) is caused by changes in a particular region of DNA that leads to production of a protein called DUX4, not normally present in muscle. As a 'transcription factor', DUX4 controls expression of other genes and so can alter the types of proteins made. Thus, DUX4 upsets the carefully coordinated gene expression profile required for efficient muscle function. However, it remains unclear exactly which of the many changes caused by DUX4 leads to muscle wasting, limiting the ability to develop treatments tailored for FSHD.

Dr Ganassi, Professor Zammit and colleagues at King’s College London have published new findings on a mechanism underlying FSHD pathology. They used a closely related transcription factor called DUX4c to better understand the proteins that DUX4 controls. DUX4c was able to reduce the damaging effects of DUX4 in muscle cells. This revealed that the WNT/B-catenin pathway, important for regulating muscle function and health, is perturbed in FSHD. Blockade of WNT/β-CATENIN signalling reduced the toxicity of DUX4 in muscle cells in the lab.

This discovery provides new insight into the causes of FSHD pathology and informs development of therapies.

The paper, ‘Antagonism Between DUX4 and DUX4c Highlights a Pathomechanism Operating Through β-Catenin in Facioscapulohumeral Muscular Dystrophy’ was published in Frontiers in Cell and Developmental Biology.

Thank you for allowing our organization to support this work with your generous donations!